Each evening between 1830 and 2030, I will offer free consultations in criminal matters by Skype or telephone for those who contact me through my website.

For all other enquiries I am still available to discuss your case. Get in touch, I am here and ready to assist you.

The African Prisons Project: The Prisoners Studying for an LLB to Help their Fellow Inmates

Heading off to Nairobi and Kampala tomorrow to pursue my work on behalf of the African Prisons Project. Things are moving on fast and so I am excited to experience developments for myself. Will keep you informed... Mark 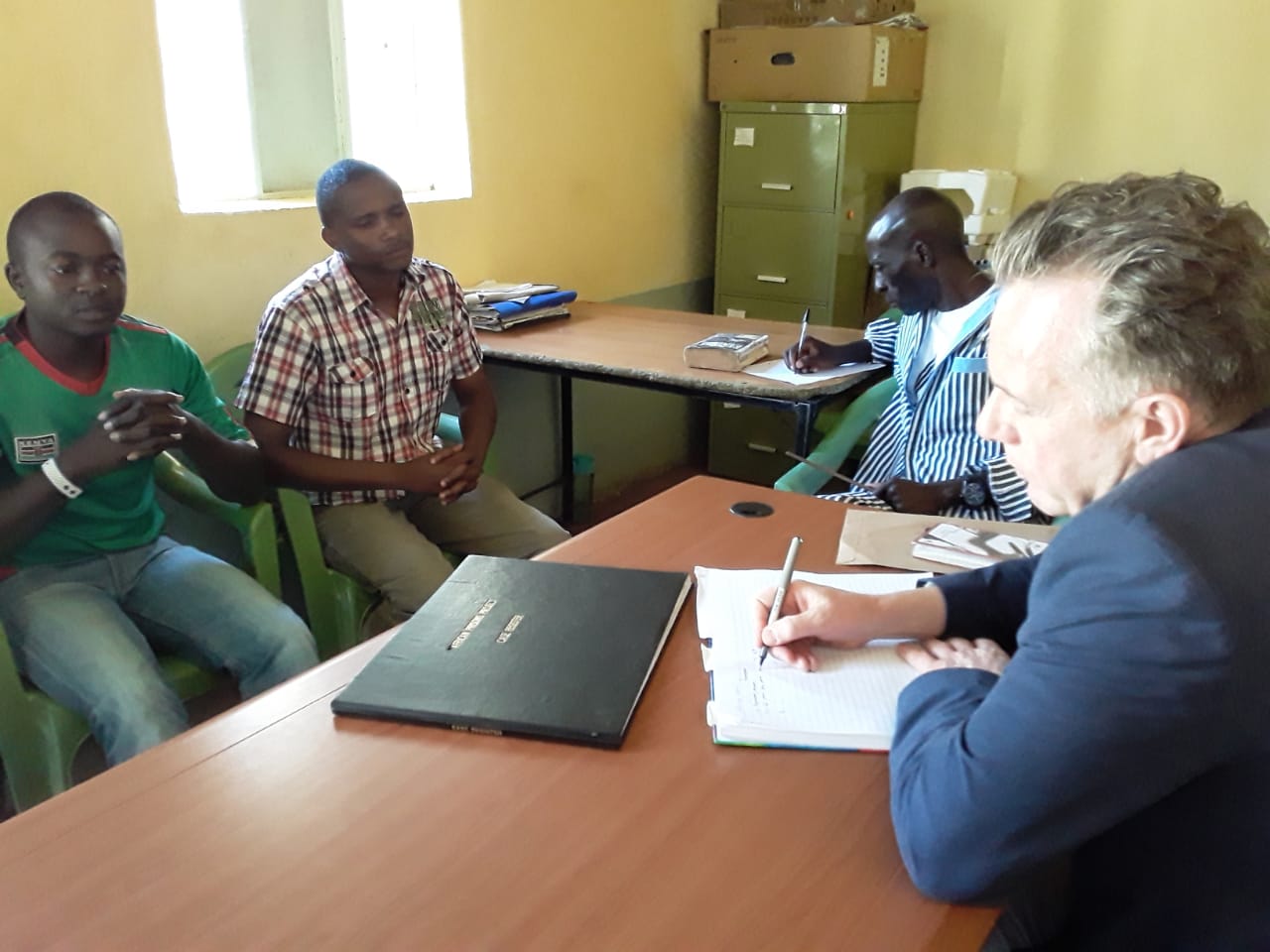 In February I headed over to Nairobi, Kenya and Kampala, Uganda to continue my work with the African Prisons Projects (APP). It was the second time that I have worked with the APP, having also spent a month with the group last year. The scheme aims to provide high-quality legal advice, training and education to those living and working in prison. The project helps those in need of justice access it for themselves.

During my 10-day trip, I split my time between Nairobi, in Kenya, and Uganda providing advice on the project’s plans to set up a new law firm.

The project is vital in improving access to justice for prisoners in African prisons, and my objective is to support the APP in ensuring that they are competent to meet their objectives, have enough training to carry out the work required to achieve their goals, and to ascertain whether the existing systems are in place to allow them to go about their day-to-day activities.

Imagine being on death row for 7 separate offences and representing yourself through 6 successful appeals with one left to present before CA. THIS IS REAL! I met a prisoner today in that situation. Supported by and active on behalf of African Prison Project.

I met with the Assistant Commissioner of the prison and left that meeting in no doubt that the prison authorities considered itself in partnership with APP in a joint initiative to improve the quality of life for inmates and to assist in achieving justice.

I then attended the Legal Aid Clinic.

Unlike in the UK, which has a highly regulated legal system, the legal system in Kenya appears on its face to be ‘fluid' and not sufficiently regulated. This means that a great deal appears to turn on the competence, (or otherwise), of individuals operating within that system, and that in many of the cases that arrive at the Clinic there are often substantive grounds for appeal which have realistic prospects of success. In fact, the Paralegals were very proud of the many successes that they have achieved on behalf of other inmates and themselves.

At the forefront of the presentation of successful appeals is a man is serving a life sentence reduced from a death sentence by the President. He is a second-year law student. He is a Paralegal and (in his words) ‘a committed submission drafter’. He is a teacher at the Prison School, and he is awaiting his High Court Appeal which (in his words) ‘has high chances of success’.

I spoke to him as the meeting broke up and he told me that he had originally been facing a death sentence for 7 separate offences and that he had represented himself on 6 separate occasions before the Appeal Court and won each of his Appeals. He faced his final appeal hearing this coming week. Extraordinary.

I have been particularly interested to learn about any practical difficulties prisoners face when operating as paralegals within the prison system.

In general, I found that the paralegals were clearly extremely proud of the work they undertake on behalf of themselves and fellow inmates and hugely grateful for the opportunities that APP has afforded them.

Those that are on the UOL LLB course are particularly proud of their achievements, and there is no doubt in my mind that this has enhanced their standing within the prison system. It also means that they have independent corroboration of the fact that they have the skill set necessary to provide advice and draft documents on behalf of their fellow unrepresented, uneducated inmates.

Others aspire to join them on the LLB course and to be trained as paralegals. I regard this competitive edge as a positive aspect of the education and training which is difficult to quantify on a spreadsheet, but it is immediately apparent upon attendance at the prisons. It does not stop with the relationship between inmates, it extends to the prison establishment and the prison officers who participate on the courses and act as paralegals in their own right. The trust and confidence that this has built across the different sectors of the prison is tangible, and it is inspiring for me to experience as a legal professional who is ‘passing through'.

The thirst for knowledge is insatiable, and so it was made crystal clear to me by all those within the Clinic to whom I spoke that they require more training to enable them to better fulfil their role.

On a practical level, one of the major issues they had was that many of the inmates are illiterate and do not speak English. The language of the court is English, and it is not guaranteed that accused persons will be heard if they do not communicate in English. Pleadings need to be drafted in the English language.

It means that many inmates cannot understand the disclosure they receive. The workload for paralegals is therefore time-consuming and intense because they have to translate the disclosure and also translate cross-examination and applications.

As with last year, it was an enlightening experience and a privilege to meet the people in prison communities. I feel honoured to be able to support such a scheme and hope to continue my involvement.

A London-based defence barrister, I specialise in sexual offences, fraud and financial and regulatory cases, serving Manchester, Birmingham, Leeds, London, Bristol and the rest of the UK. You can get in touch with me directly on +44 020 8108 7186 or by completing the online contact form.

"A good, analytical lawyer. He worked incredibly hard and devised legal submissions which won the case."

Each evening between 1830 and 2030, I will offer free consultations in criminal matters by Skype or telephone for those who contact me through my website.For all other enquiries I am still available to discuss your case. Get in touch, I am here and r.